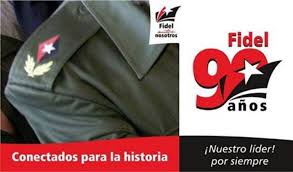 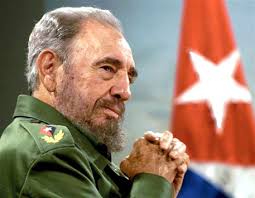 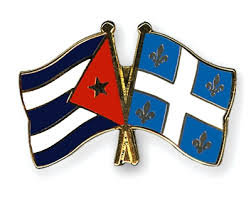 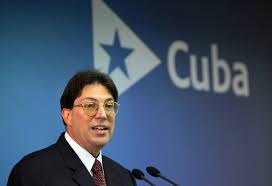 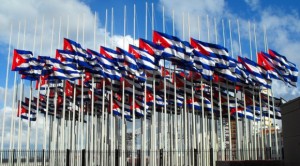 Letter to the Editor, Globe and Mail, Toronto

Arnold August, a Montreal-based Canadian journalist and lecturer, is the author of Democracy in Cuba and the 1997–98 Elections and, more recently, Cuba and Its Neighbours: Democracy in Motion. Cuba’s neighbours under consideration are the US, Venezuela, Bolivia and Ecuador.

I am writing to you regarding the February 25, 2016 Globe and Mail article by Konrad Yakabuski on Obama’s visit to Cuba and Cuba-US relations.

There are several faulty statements that have to be questioned. I hope that the Globe and Mail has the courage to publish my letter.

Firstly, it seems that the main source of the information provided by the journalist comes from, as he writes, the Madrid-based Cuban Observatory on Human Rights. No other source is mentioned in the article. Thus, I am sure you will agree that it is necessary to inform your readers about this organization. The US National Endowment for Democracy (NED) is a CIA-run funding operation to promote regime change in other countries. According to its web site it delivered 100,000$ to Cuban Observatory on Human Rights. http://www.ned.org/region/latin-america-and-caribbean/cuba-2014/

This is an important point seeing that the journalist concludes by re-asserting that “Their [Castro brothers] brutality is well documented.” The entire article is tainted with unfounded pro-US prejudices.

Secondly, Mr. Yakabuski writes that “The Castros have not held on to power for 57 years by taking friendly advice from neighbours on how to transition to democracy.” This also is a questionable statement. The US has far from been a friendly neighbour. In 1898 it high jacked the successful liberation of Cuba from the Spanish colonialists and converted Cuba into a neo-colony of the US. It ruled over Cuba in various ways until 1959 when the “Castros” led the Cuban people to overthrow the US backed Batista dictatorship. Even John F. Kennedy admitted that “Fulgencio Batista murdered 20,000 Cubans in 7 years…” http://www.presidency.ucsb.edu/ws/?pid=25660 This is hardly an activity carried out by a friendly neighbour.

Thirdly, while the Globe and Mail writer is very harsh, to say the least, about Cuba’s human rights record, he grudgingly writes, by imputing this opinion to supporters of Obama’s visit, that the “United States continues to indefinitely detain and deprive of due process dozens of prisoners at Guantanamo Bay…” In fact, it is far more than that. It is well known to the Canadian and International public opinion that this prison facility is the scene of brutal torture. This is an important reason that I and literally millions of people around the world demand that it be closed.

The debate about Obama’s visit to Cuba is bound to continue. I will be going to Cuba during the visit on March 20-23, 2016 to get a pulse of the situation and feed-back from Cuban colleagues. I will be happy to write an exclusive article for the Globe and Mail on that experience. It may balance the reporting such as that Mr. Yakabuski. In fact, all my work on Cuba has been and is based on this on-the-spot type of investigation. Thus, the Globe and Mail will not need to look to sources very far away such as Madrid, but rather to a Canadian. 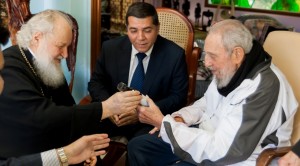 Ricardo Alarcón de Quesada served as Cuba’s permanent representative to the United Nations for nearly 30 years and later served as Minister of Foreign Affairs from 1992 to 1993. Subsequently, he was President of the National Assembly of People’s Power from 1993 to 2013. He was also a Member of the Central Committee of the Communist Party of Cuba until 2013.

This is what he wrote in his Foreword to the Cuban-Spanish version of my book CUBA AND ITS NEIGHBOURS: DEMOCRACY IN MOTION:

“This book makes a contribution to a necessary discussion about our political system, and as such it is a useful tool that will help to refine this system, making it ever more authentically democratic.”

My analysis of Cuba’s political process, electoral system and own approach to democracy is far from being idealistic and apologetic. On the contrary, it deals with most of the important existing problems as seen by many Cuban academics and researchers. Ricardo Alarcón, who himself has always taken an objective view towards Cuba’s political system, captured one of the most important points of my book in the above-cited quote. For the full text of his Foreword in English, click here:

Please take the time to view this two-part English-language informative and wide-ranging YouTube interview with Alarcón carried out by one of Cuba’s new, young TV journalists, Cristina Escobar. Both parts were filmed in September 2015: